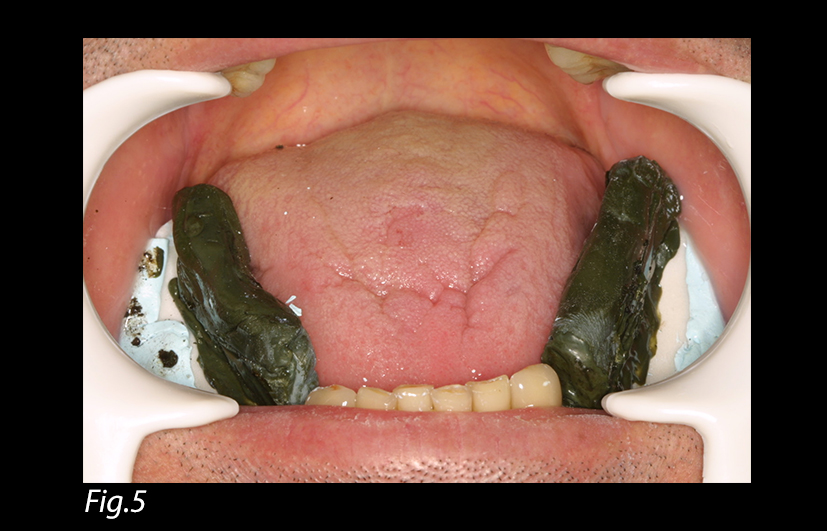 The construction of a removable partial denture in distal extension cases is a delicate procedure since the prosthesis is supported by two different tissues, namely teeth and mucosa. The different resiliency of these supporting tissues may lead to the instability of the prosthesis. This paper describes a functional impression technique that aims to equalize the masticatory load between teeth and edentulous areas thus reducing the instability of the partial denture during function and preserving the residual teeth.

Different techniques have been proposed for the construction of removable partial dentures in distal extension cases where the management of the difference of resiliency in the supporting tissues is an issue [1-4]. The purpose of these techniques is to decrease the forces on the abutment teeth [5].
McCracken proposed the altered cast technique with the selective tissue placement impression [3]. Christensen, in a less complicated technique, suggested to take the impression of the edentulous arch with an elastomeric material in a custom tray, then to cover this initial layer and the dentate areas with an elastomeric impression material of lighter-viscosity [6, 7]. Hindels introduced his functional technique in order to equalize the load between the teeth and the edentulous ridges [8, 9]. His technique consisted of making a mucostatic impression of the edentulous ridges followed by a pick-up impression with digital compression of the first through holes prepared on the impression stock tray. In the present paper, we propose a simplified modification of the Hindels’ impression technique without jeopardizing its functionality.

1. An individual resin tray is constructed with the self-curing acrylic resin (Formatray; Sybron/Kerr Co, Romulus, Mich) on the edentulous ridges areas of a preliminary cast. Compound occlusal rims (Impression Compound, Kerr (Europe) Co AG CH-4051 Basel) are fixed on the outer surface of the individual tray. Care is taken so that the height of the occlusal rims surpasses the height of the residual teeth in order to ensure a positive and sole contact between the occlusal rims and the impression stock tray later on during the pick-up impression phase (Fig. 1). The tray is selectively relieved and covers the edentulous areas up to the border tissue attachment including the retromolar pads [3, 8, 10, 11].

2. The individual tray is loaded with zinc oxide-eugenol impression paste (Cavex Outline by Cavex Holland BV) and brought to position without any compression while the soft tissues are left in their passive state (Fig. 2). 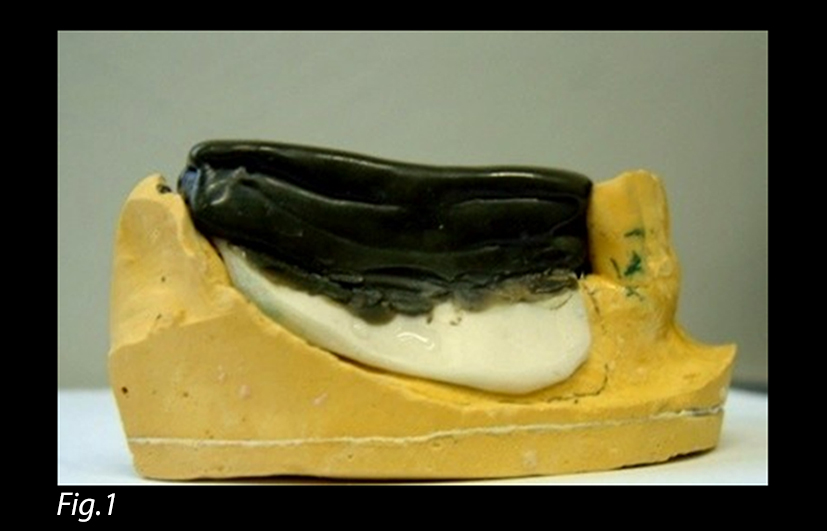 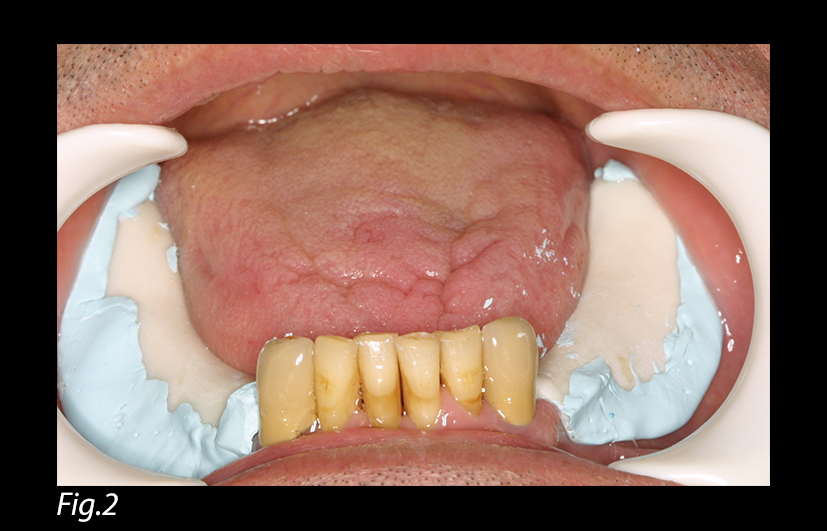 Fig. 2: Impression of the edentulous ridges without any compression.

3. When the material sets, the tray is removed and the impression inspected (Fig. 3). The excess material is trimmed away and teeth are freed from any residual impression paste. The tray is tested in the mouth for stability 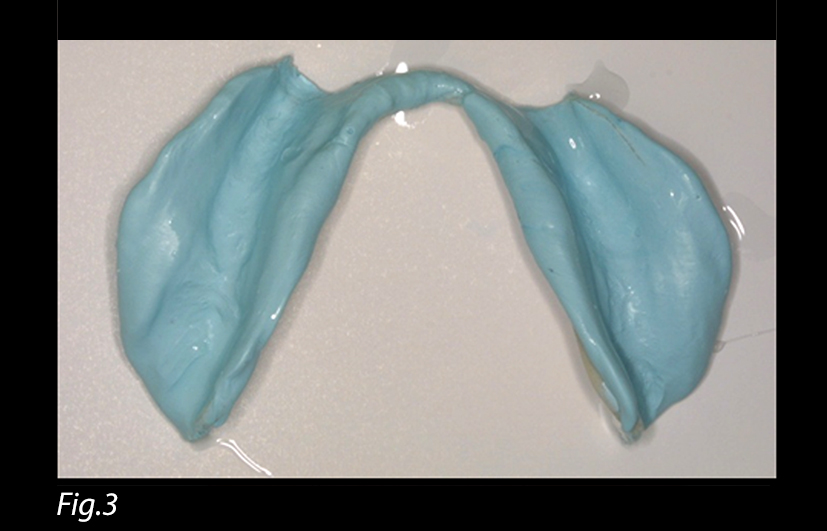 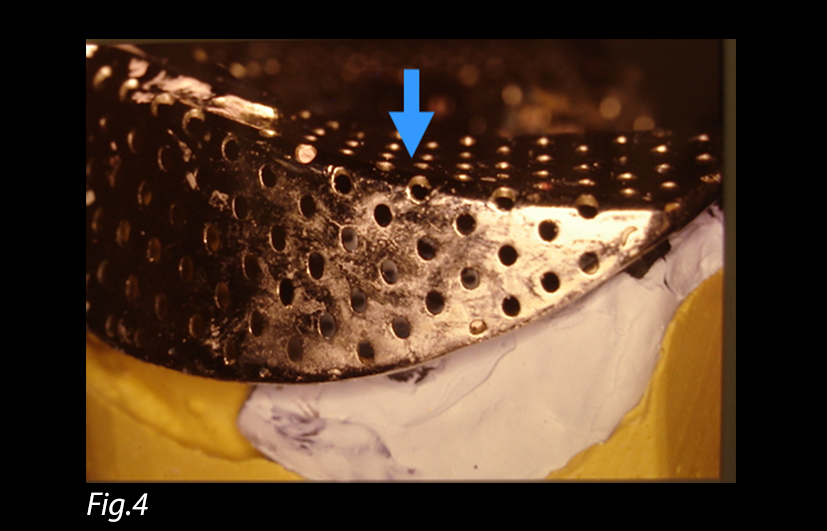 Fig. 5: The mucostatic impression with the occlusal rims in place.

5. While the metallic tray is being loaded with an alginate impression material (Jeltrate, Dentsply Caulk, Milford, DE), this same material is used to fill the space between the soft tissue impression and the remaining teeth.

6. The loaded metallic tray is inserted into position over the teeth and the acrylic tray. The index fingers are positioned on the tray facing the edentulous areas, and a positive pressure is exerted upon the metallic tray until the alginate impression material sets (Fig. 6). The completed impression is removed (Fig. 7). This maneuver permits to relate the edentulous ridge to the residual teeth in a functional state. 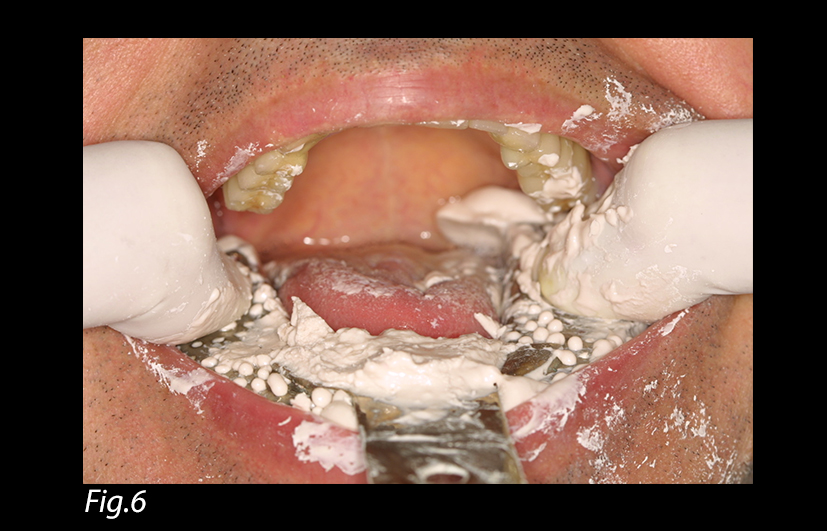 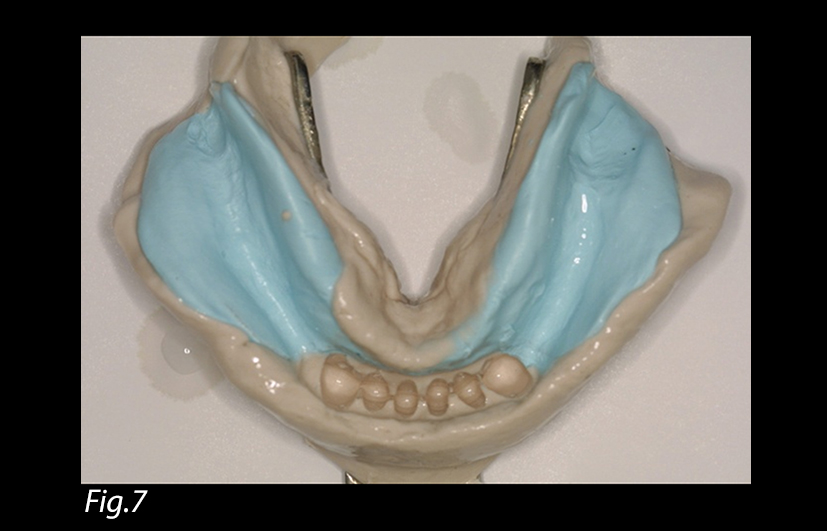 In this technique, the role of the compound occlusal rims is to transmit the positive pressure exerted by the fingers to the edentulous ridge areas and to ensure a functional relationship between teeth and edentulous ridges. The impression is finally poured with dental stone (Silky-Rock, Whip Mix, Louisville, KY).

Through a survey of regular periodic examinations of partial denture cases realized according to this technique, less post-insertion adjustments were needed and refitting because of ridge resorption was rare [9].
This modified procedure is easier and faster to realize, compared to the original one. Initially, when an impression is made to establish a relationship between the teeth and the mucosa in a displaced state, a perforated tray has to be provided with two circular openings to exert a pressure on the acrylic tray on the molar regions. In the proposed procedure, the pressure is transmitted throughout the occlusal rims to the full extent of the saddle, with no risk of rotation or displacement of the acrylic tray.
Conclusion
A modification of Hindels’ impression technique for restoring distal extension cases in removable partial dentures has been described. This variant simplifies the original one while maintaining its objectives and functionality.