Warning: Use of undefined constant php - assumed 'php' (this will throw an Error in a future version of PHP) in /home/dentalnews/public_html/wp-content/themes/dentalnews/header.php on line 428

Factors Associated with the Utilization of Prosthetic Dental Restoration 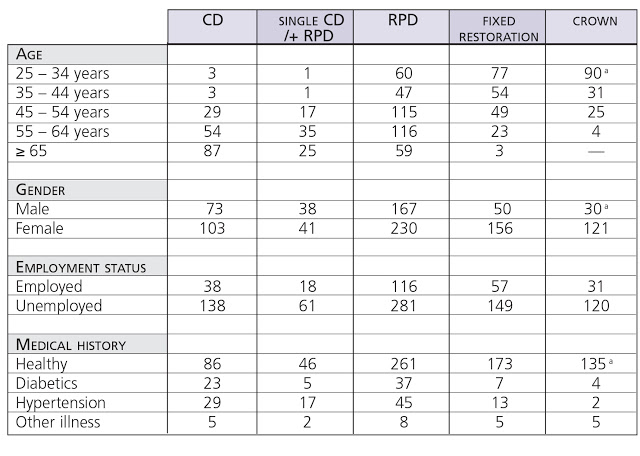 Ras-Al-Khaimah (RAK) is located on the Arabian Gulf. It borders Umm Al Quwain , Sharjah, and fujairah and has long borders with the Sultanate of Oman. The total area of the Emirate of Ras-Al-Khaimah is 2478 Sq.Kms. according to the survey administration of municipality department. In 2007 the total Population of Ras-Al-Khaimah was officially estimated at 214.000, 132.000 Male and 82.000 Female [1].
During 2006 the number of attendants to the Dental Clinics in Ras-Al-Khaimah was 45.519 patients, 8.712 were citizen of whom 2.088 were new cases & 6.624 were follow up cases. Prosthetic treatments are provided by RAK dental center only (where only UAE nationals entitled to receive treatment free of charges). Cases treated are referred from the all dental clinics in Ras-Al-Khaimah.
It well known that total or partial edentulism is a good indicator of the oral health of population [2, 3]. Edentulism can substantially affect oral and general health as well as the overall quality of life [4, 5]. Teeth play an important role in the maintenance of a positive self-image. Therefore, loss of teeth results in significant disabilities, which can profoundly disrupt social activities. Tooth loss is very traumatic and upsetting and is regarded as a serious life event that requires significant social and psychological readjustment [6, 7].
Whilst specific diseases like dental caries and periodontal disease are the major cause of tooth loss [8, 9, 10], several non-disease factors such as attitude, behavior, dental attendance, and characteristics of the health care system tend to influence in the decision to become edentulous [11]. Significant relationship between socio-demographic variables and edentulism, with age and socio-economic status playing vital roles in edentulism and denture demand [12]. Many studies reported that the incidence of edentulism correlated with educational levels and income status, with those in the lower levels exhibiting higher risks of becoming totally edentulous [13, 14].

Furthermore, inadequate diet contributed to widespread premature and heavy losses of permanent teeth [15]. Tobacco use is a risk factor in tooth loss particularly in people having a high consumption over several years [16]. Recent surveys have shown higher frequency of tooth loss among adults in the industrialized countries than among their counterparts in developing countries, where access to dental care is limited [17, 18]. In some circumstances stress and other psychological factors may greatly impact health status [19, 20], including oral health. In order to improve the quality of life that is compromised because of the loss of teeth, dentists often recommend removable or fixed prostheses for patients with missing teeth.

Epidemiological data on health and its related issues are very important in order to plan for future health care provision. To our knowledge, there is no epidemiological study on edentulousness or prosthetic dental restoration in Ras-Al-Khaimah. The aim of the current study is to determine the prevalence of various types of prosthetic dental restorations among patients who been treated in the prosthetic department of RAK dental center (the only government dental center which provides this service in RAK) and to investigate its association with some of the socio-demographic characteristics and general health status. 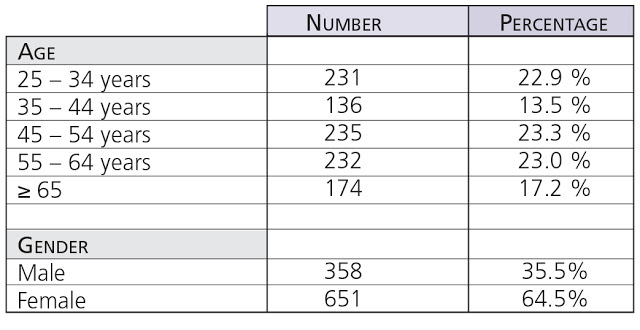 Table 2: The association between prosthetic dental restorations used and other variables.

In the past, tooth loss in adults has been mainly attributed to periodontal disease and caries, moreover, apart from oral disease various non-disease indicators such as socio-demographic factors, dental utilization behaviors have shown to be associated with tooth mortality. Therefore, knowledge of factors that influence the uses of prosthetic dental prosthesis will be important for effective planning and provision of oral health services.
While in developed countries the need for removable partial denture or complete dentures declines, in less developed countries the need for removable partial or complete dentures is still increasing [21 , 22].
As expected and consistent with the findings of other studies [23, 24], the results revealed a significant association between the use of various dental prostheses and age. It is believed that with increasing age, oral and dental problems increase. Although with increasing age, there is decline in taste and smell [25], which can influence the status of oral health and function; age alone is not responsible for the deterioration of oral health. There may be several other factors such as multiple chronic diseases, intake of several medications and their side effects, socio-economic factors and psychological factors such as depression and isolation (because of gradual loss of spouse and friends and feeling of being unwanted by family members), leading to neglect of personal and hygiene and health [26,27].
In a multivariate analysis of oral health survey conducted on the elderly in the UK, it was found that age and educational level had the largest effect on level of edentulousness, persons over 75 years of age were 144 times more likely to have lost all their teeth compared with persons of 16-44 years of age. Similarly persons with no qualification were nine times and people with qualification below degree level were four times more likely than persons with higher qualification to be edentulous [28].
Our findings showed that unemployed individuals experienced significantly more tooth loss than the employed participants that might be a reflection of either being retired or have no qualification. In a study reported from Germany on older adults, it was found that educational level had a direct impact on level of edendulousness [29]. Low education level was associated with increased level of edentulousness. Thus, the findings of the present study are in conformity with the German study
Where as lots of studies [30, 31] revealed a significant association between uses of dental prosthesis and age, our study showed that uses of removable and fixed partial denture were significantly higher in patients younger than 65 years, in contrast, complete denture utilization was significantly higher among those who aged 65 and above.
In conformity with the findings of other studies [32, 33] the present study showed that females were more likely to wear dentures than males. the demand for prosthetic dental restoration were 64% amonge female while only 35% males. This probably a reflection of the gender-related differences in the use of dental services. Older woman tend use dental services more often than older man [32] Moreover for older women, oral health can have impact on their feeling of attractiveness [34] .This could have contributed to a higher level of denture wearers among women than men.
In the present study employment status also emerged as a factor that influenced denture status, the utilization of all dental prosthesis were higher among unemplyed patients, being unemplyed might reflect the level of educational attainment this is consistent with finding of Shah et al. study [25], where he reported that the prevalence of wearing of dentures increase with the increase in the level of literacy.

This study reveals that the prevalence of wearing RPDs was high among the prosthetic departments` patients in RAK dental center. The highest frequency of fixed and RPDs among unemployed may reveal an association between tooth loss and education attainment or due to low level dental health care awearness. Further research is required to identify factors contributed to tooth loss among those patients. Efforts are needed to increase dental health care awareness among such group of patients by implementing some educational program. This study might be considerded as a base line for further study to be conducted in the future.

The authers would like to thank the staff of RAK dental center for their assistance in this study .

9. Brekhus PJ. Dental disease and its relation to the loss of human teeth. Journal of American Dental Association 1929; 2237-2247.