Warning: Use of undefined constant php - assumed 'php' (this will throw an Error in a future version of PHP) in /home/dentalnews/public_html/wp-content/themes/dentalnews/header.php on line 428 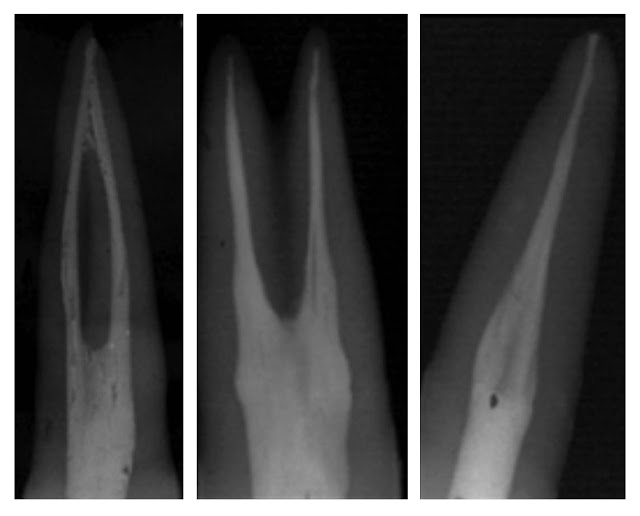 One of the keys to successful root canal therapy is to adequately seal the prepared root canal space at the completion of the endodontic treatment [1- 3]. The purpose of the obturation phase is to prevent the reinfection of root canals that have been biomechanically cleaned, shaped and disinfected using instrumentation, irrigation and medication procedures [4].

Successful obturation requires the use of materials and techniques capable of densely filling the entire root canal system and providing a fluid tight seal from the apical segment of the canal to the cavo-surface margin [4]. Normally, a root canal filling is associated with a hard core, like gutta-percha, and a sealer to better adapt the core material and complete the seal of the root canal filling in the most effectual manner [5]. The sealer fills the irregularities of the root canal wall and the dentinal tubules, which cannot be filled by gutta-percha [6, 7].

Many different root canal sealers are currently being used to fill the root canal system after biomechanical preparation. Gutta-percha is still the most commonly used root canal obturation material [8], but resin-filling materials have steadily gained popularity and are now accepted as root canal filling [9].

EndoREZ® (Ultradent Inc, South Jordan, UT, United States) is a new hydrophilic, urethane-dimethacrylate – based resin sealer that has been developed for use with a single gutta-percha cone for canal obturation. According to the manufacturer, EndoREZ® has satisfactory sealing properties and an easy delivery system.

The purpose of this in vitro study was to evaluate the apical sealing of root canals obturated with EndoREZ® cement and resin-coated gutta-percha (RCGP EndoREZ®) using two different techniques, the single-cone technique and the cold lateral condensation technique. 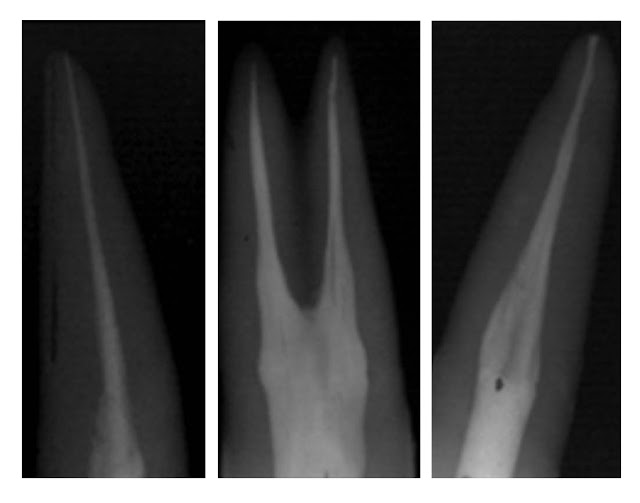 Fig. 1: Post-operative radiographs of root canals in the first group. 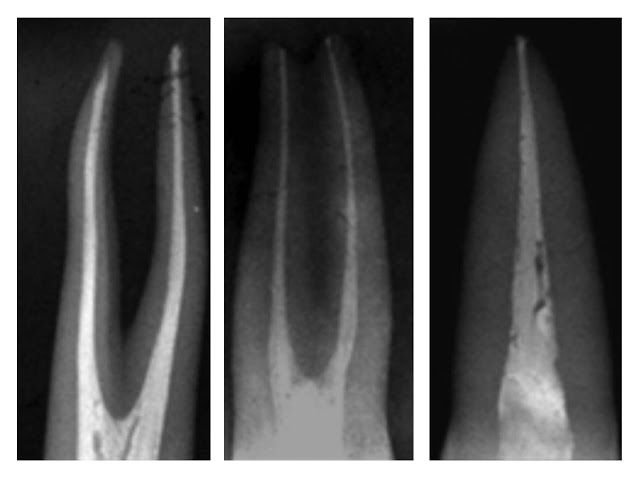 Fig. 2: Post-operative radiographs of root canals in the second group.

Forty-five root canals of human incisors, canines and premolars extracted for orthodontic and periodontal reasons were selected and stored in 0,9‰ KCL solution. All teeth had intact and closed apices. Teeth with radicular resorption, immature apex, fracture or an endodontic filling were excluded.

Tooth preparation
Access cavity was carried out. After introduction of hand files and establishment of a glide path, the canal systems were cleaned and shaped using RaCe® nickel-titanium rotary files (FKG, La Chaux-de-Fonds, Switzerland). Working lengths were determined by subtracting 1 mm from the length at which the tip of the file was just visible at the apical for curved roots and 0,5 mm for straight roots; the determined lengths were then verified radiographically. After each instrument, the canal was irrigated with 2 mL of 3% sodium-hypochlorite (NaOCl). At the end of the preparation, the canal was irrigated with 2 mL of 17% EDTA (Largal Ultra; Septodont, Saint Maur, France). The final flush was performed with 2 ml of 3% NaOCl. The canals were finally dried with sterile paper points.

The second group (n = 15) was root-canal filled using the single-cone technique with resin-coated gutta-percha (RCGP) EndoREZ® points and EndoREZ® sealer (resin-based sealer) (Fig. 1). The EndoREZ® sealer was inserted to a distance of 2 mm short of the working length using a lentil; the master cone was coated with sealer and passively inserted at the working length. The excess of EndoREZ® points was trimmed with a hot instrument. Photopolymerization of the EndoREZ® cones and sealer was not performed at the orifices.

The third group (n = 15) was filled using the cold lateral condensation of EndoREZ® points and EndoREZ® sealer. After insertion of the EndoREZ® sealer, the master cone was coated with the sealer and passively inserted at the working length, laterally condensed with a spreader to obtain a thin layer of cement. EndoREZ® accessory cones were then placed and the excess of EndoREZ® points was trimmed with a hot instrument.

Fig. 3: Post-operative radiographs of root canals in the third group. 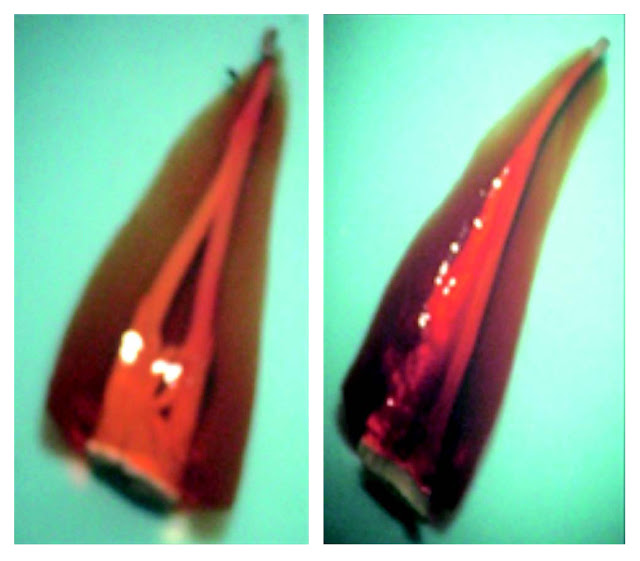 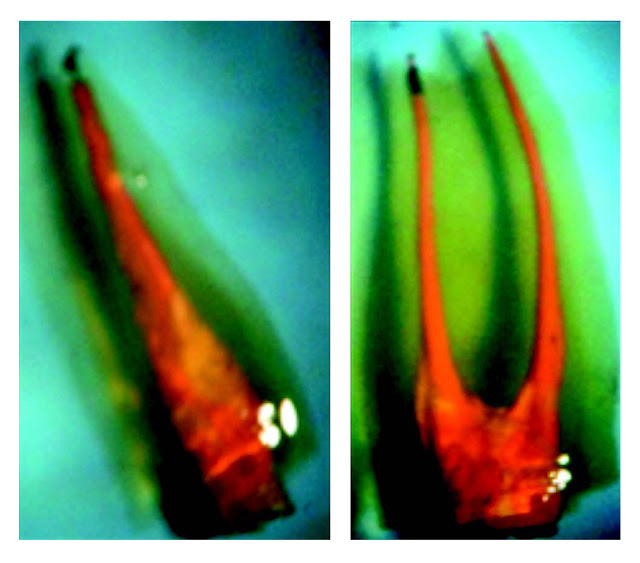 Fig. 5: Apical region of clarified teeth in group 2. Homogeneous and complete obturation. A: No infiltration; B: Minor apical infiltration in one canal. (Photos taken by stereomicroscope; magnification 1). 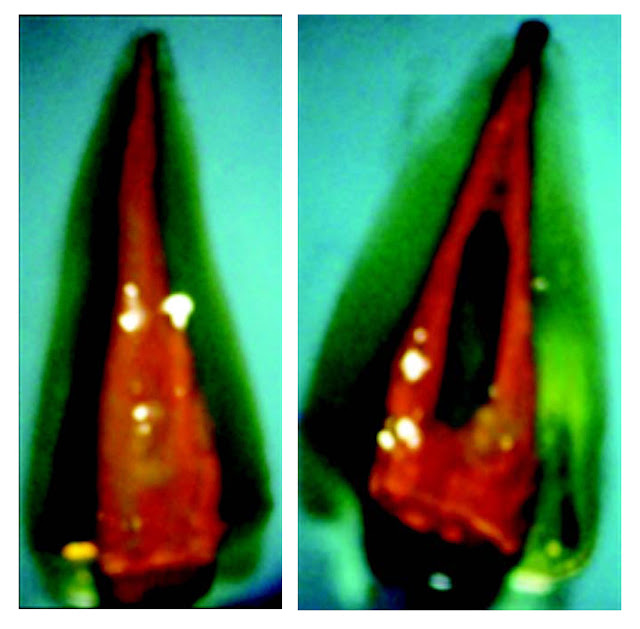 Two layers of nail polish were applied to the tooth surface, except for the apical 2 mm, which remained exposed, in such a way that dye could penetrate the canals only via the apical region. Each group was separately immersed in India ink. After 10 minutes, the teeth were thoroughly washed under running water and the nail polish was removed with Sof-Lex™ disc and sandpaper. The crowns of teeth were removed using a water-cooled diamond bur. Next, the teeth were demineralized in 5% nitric acid, washed under running water for 2 hours, dehydrated by immersion in ascending concentrations of ethanol at 75%, 85% and 95%, for 24 hours each, and finally transferred to methyl salicylate for diaphanization. The cleared teeth were analyzed by means of stereomicroscope (Zeiss Stemi 2000- c).The extent of dye penetration was measured in all aspects of the root canal by two independent observers, the highest measure was retained (Figs. 4- 6). 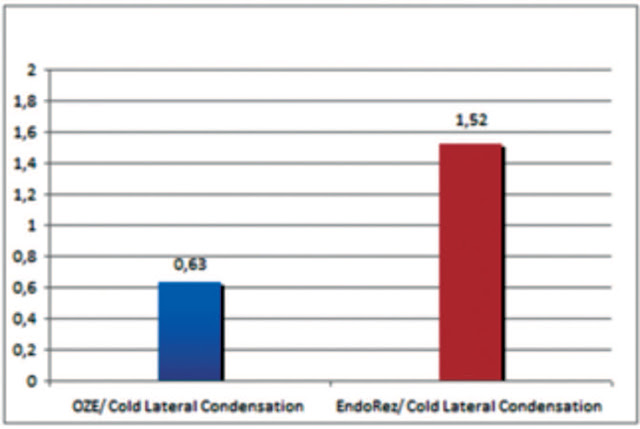 Graph 1: Mean values of apical dye penetration for groups 1 and 2. 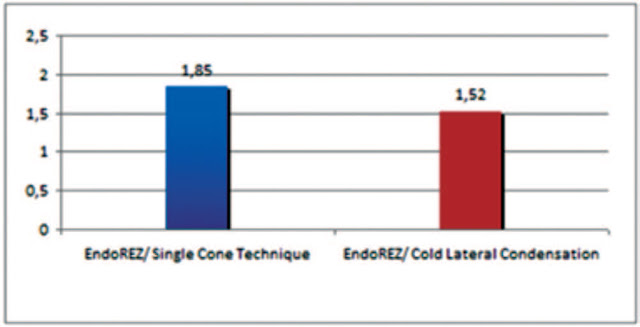 Graph 2: Mean values of apical dye penetration for groups 2 and 3.

Results
Apical dye penetration for each material is illustrated in Graphs 3 and 4. No significant difference was observed between zinc-oxide eugenolbased sealer and EndoREZ® (p=0.49). The lateral condensation of RCGP EndoREZ® provided more sealing ability than the single cone technique but the difference was not significant (p =0.267).

Three-dimensional sealing of the root canal system is one of the main goals of endodontic treatment and essential for prevention of canal reinfection and maintenance of healthy periapical tissues [10].

Under the conditions of the present study, none of the tested materials provided a gap-free or void-free root canal filling. This finding was consistent with previous studies. Hammad et al. [11] reported that none of the tested filling materials provided a gap-free or void free root canal filling, and that gutta-percha used with Tubli-Seal exhibited less voids and gaps than the other tested materials (EndoREZ® and Realseal ).

Tay et al. [12] found that the methacrylate- based sealer has a sponge like appearance following setting; the sealer’s porosity allows fluid permeation along the root canal.

Rai et al. [14] demonstrated that the increased apical leakage could be attributed to the incomplete set of the sealer, due to the inhibition of the free radical propagation by oxygen leading to poor conversion of monomers to polymers.

In the present study, the mean leakage value of the the zinc-oxyde eugenol- based sealer group was lower than that of the EndoREZ® group, even though the difference between the mean leakage values of these fillings was statistically insignificant. Opposite results were reported by Adanir and al. [16]; using a fluid filtration device, they found that leakage with EndoREZ® was less than that with the zinc-oxide eugenol-based sealer.

However, as a limitation of our study, we should mention the selection of teeth; the specimens were composed of incisors, canines and premolars with straight or curved canals, and different apical foramina sizes. It would have been more valid to select teeth of more or less similar criteria.

Michaud et al. [17] showed that gutta-percha expands in the presence of eugenol; this expansion might lead to fewer gaps and less void formation in the canal.

The better sealing ability of EndoREZ® may be attributed to the “monoblock” created by the deep penetration of the sealer into dentinal tubules and to the chemical bond between EndoREZ® sealer and RCGP EndoREZ® [15].

Eldeniz et al. [18] concluded that the adhesion depends on a multitude of interacting factors including the surface energy of the adherent, the surface tension of the adhesive (sealer), its ability to wet the surfaces and the cleanliness of the canal surface. The sealer must also have cohesive strength to hold the obturation together [18].

The single-cone filling technique has been considered to be inferior to the more sophisticated three-dimensional compaction techniques in providing an apical seal [21, 22].

Hammad et al. [11] showed that an important volume of sealer promotes void formation and reduces the quality of the seal. He reported that the EndoREZ® obturation system provides a better seal when using the cold lateral condensation technique [11].

According to Herbert et al. [23], the introduction of greater taper master points makes the single-cone filling methods revived, and the advent of contemporary root canal filling systems may support the use of a single cone obturation technique.

Rahimi et al. [24] and Bortolini et al. [19] showed that condensation improved the penetration of resin-based cement into the dentinal tubules and provided a better seal.

Regarding the effect of the polymerization shrinkage, Herbert et al. [23] observed in some cross-sections of the EndoRez® specimens, that points were deformed even though no previous compaction was performed. The C- factor was found to be extremely high in long and narrow root canals. In these situations, there are very limited unbonded surface areas to provide relief from the stresses created by polymerization shrinkage [13].

Apparently, the chemical bond between the polyisoprene component of the gutta-percha and the polybutadiene- end of the resin coating molecule was stronger than the coupling between the methacrylate-end of the molecule and the resin sealer. One possible explanation is that the oxygen inhibition layer that is necessary for optimal coupling of methacrylatebased resins is lacking on the surface of the resin-coated gutta-percha.

For Tay et al. [12], using the EndoREZ® sealer in conventional lateral compaction technique by pre coating the gutta-percha with sealer may further prevent extrusion of inadvertent quantities of the sealer beyond the apical foramen. Such a technique may result in more nano-gaps in the apical region.

The newly developed resin-based sealers have been claimed to create a “monoblock,” meaning the creation of a solid, bonded, continuous material from one dentin wall of the canal to the other with a superior seal.

Also, the lateral condensation with EndoRez® exhibited a better sealing ability than the single-cone technique.

Other studies with more appropriately selected specimens are needed to confirm the afore-mentioned results.

4. Colleagues for Excellence. Published for the Dental Professional Community by the American Association of Endodontists. Fall 2009. Obturation of Root Canal Systems. http://www.aae.org/uploadedfiles/publications_and_research/endodontics_ colleagues_for_excellence_newsletter/fall09ecfe.pdf

8. Alicia KN, Baumgartner JC, Marshall JG. A comparison of gutta-percha and Resilon in the obturation of lateral grooves and depressions. J Endod 2007;33:749-52.