Beirut after one month: A Catastrophic Situation 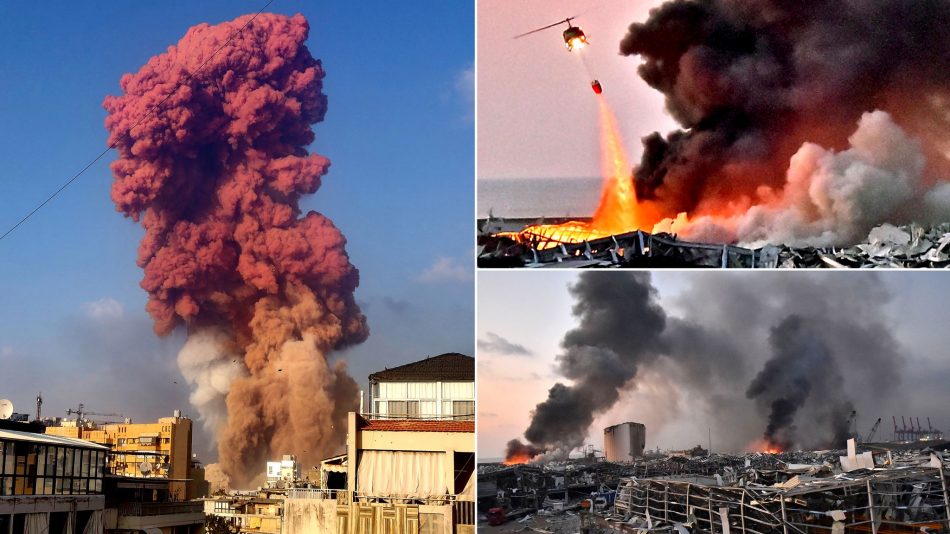 More than 200 dead and 6,000 injured. On August the 4th, two gigantic explosions blew the city of Beirut, Lebanon, even though the country has been suffering, for several months, from a serious economic crisis aggravated by the Covid-19 epidemic. Two dental surgeons, who live and work on site, recount.

On August 4, around 6 p.m., Gabriel Badr, 59, already left his office. “I was visiting my brother, three to four kilometers from Beirut,” he explains. He still heard the two powerful explosions that destroyed a whole part of the city. «It was apocalyptic,» he recalls.

Fortunately, his relatives were not affected. His house and adjoining office, located about 600 meters from the port, suffered various damage. “All the glass doors and windows were smashed, the waiting room in my office was devastated; only my treatment room and my equipment were miraculously spared and remained intact,” he summarizes.

Nearby, Saint-Georges Hospital, one of the most famous in Beirut, has been «completely destroyed».

Joseph Ghoubril, 61, also feels he has escaped the worst. The walls of the polyclinic in which he practices with his son, an orthodontist like himself, and his daughter, who specializes in paro-implantology, are still standing. The walls but … «the doors, the glass surfaces, the electric curtains or the vinyl floor must be replaced.

We are really one of the lucky ones, he says. Of our four dental chairs, only one was hit. On the other hand, the office of one of his colleagues «is completely demolished». At the Faculty of Dentistry, Saint Joseph University , where he teaches, was badly affected  and must undergo major repairs.

Today, the refurbishment of his premises has not been completed, but Dr Ghoubril has been able to resume his activity to ensure the follow-up of his patients. “Most of them only have a small amount to pay each month for their orthodontic care and can usually afford the cost,” he notes.  For Dr Badr, the situation remains complex. While he too was able to resume his work, he mainly deals with emergencies. It must be said that this double explosion comes in the context of an economic crisis that has hit the country hard since October 2019. The Lebanese pound has considerably lost in value. The prices are soaring.

Banks block accounts and the Lebanese can hardly withdraw money, even if they have savings. “Faced with this, some patients postpone their care for several months and, in particular, their dental care,” explains Dr Ghoubril. In Beirut, «with winter approaching, the urgency for them today is rather to repair their houses» continues his colleague.

In this context, some dental surgeons are still wondering how they will be able to rebuild their practices. Not to mention that Lebanon was not spared by the pandemic linked to Covid-19. «Some colleagues, close to retirement, have decided to close their practice permanently,» says Dr Badr. A decision that is not easy to make, because for their retirement, the self-employed have to rely mainly on their own savings … very often placed in the bank!