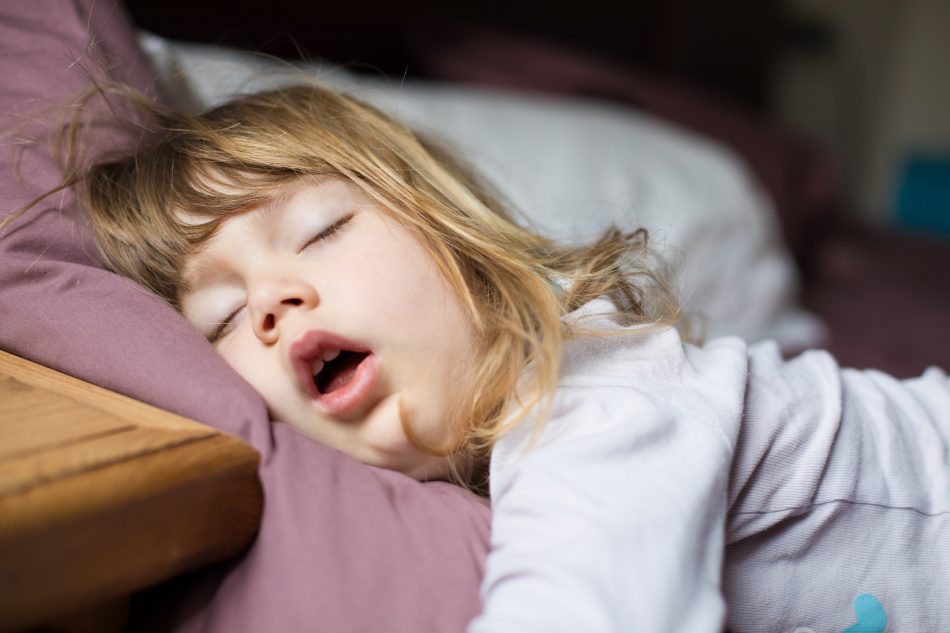 Mouth Breathing, Malocclusion and the restoration of nasal breathing

Most dentists and orthodontists are aware of the impact that mouth breathing has on the development of the maxilla. Most are also aware of the fact that even after successful realignment of teeth, unless a retainer is used, relapse usually occurs.

The tongue is nature’s retainer and at the lateral force exertion of 500 Gm provides the balance required against the inward force pull of the cheek muscles, at also around 500 Gm.

In an ideal world, these two forces would balance each other and normal maxillary development would take place. The primary teeth would erupt smoothly and evenly and even in the mixed dentition stage there should not be overcrowding or malalignment of teeth. So what causes mouth breathing to occur and what can be done about it? The answer to this lies in the basic physiology that we all studied during the early part of our careers.

At the time we learned it we were not able to see its overall importance as we had yet to study the full gamut of anatomy and physiology to see how it all inter-related. By the time this happened we had forgotten most of it. So it should not come as any surprise that the information that follows will certainly strike a chord and probably elicit the usual comment “But I knew that!”

Before attempting to discuss what constitutes Functional as opposed to Dysfunctional Breathing it is necessary to understand the mechanism of breathing in all its complexity. Functional breathing is initiated when the CO2 level in the arteries (pACO2) reaches 40 mm Hg and stimulates the medullary response at the base of the brain. This in turn sends a signal to the diaphragm causing it to contract and relax and so the breathing cycle is maintained. So what goes wrong? (Fig. 1)

There is a norm for blood pressure, pulse, temperature, chemical content of the blood etc., but there is no such thing as Normal Breathing. Breathing has to be appropriate for the activity at the time, and what might be okay when running around the football field is certainly not okay when sitting on a couch watching a football game, beer in hand and loads of high fatty, salt-laden snackfood at hand. So in the absence of Normal Breathing the best we can hope for is the determination of Functional Breathing at Rest. (Fig 2)

In the 64 years since starting my studies as a pharmacist, and moving on to many other -ology and –opathy modalities, I have seldom come across a doctor or dentist who has looked at a patient, counted the number of breaths they take per minute and commented that they are breathing for two or three people. They surely enough comment about over-eating or drinking, but the breathing is never even noticed.

Anything that happens to the human body that the system wants to resist or reject sets up a stress response. This stress response, or mini-flight or fight, causes the release of adrenalin from the adrenal glands and our breathing rate rises. This applies to what we ingest, what stressors we encounter factually, as well as emotionally or perceived, and also what physical stresses are placed on the body through poor posture and other anatomical abnormalities.

The constant messages of increased breathing rate or hyperventilation cause the chemoreceptors in the brainstem to re-set themselves at what is now regarded as the “new normal” and the standard breathing rate rises from 8–10 breaths per minute to anything from 18– 30 bpm. (Fig. 3)

Because the nose is not designed to cope with this volume of air, we become mouth breathers, and the constant lowering of CO2 through breathing through the mouth perpetuates the problem. (Fig. 4)

The air contains very little CO2 as will be seen from the chart below (Fig. 5). We have to produce our own, within the body, to make up the required amounts.  This is done primarily as the by-product of the chemical reactions which take place during exercise and digestion. Numerous health problems arise as a result of this, mainly due to the uncontrolled spasm of smooth muscle systems throughout the body which are dependent on the presence of 40 mm Hg PaCO2 and approximately 6.5% pulmonary content of CO2 to maintain integrity.

Snoring is essentially the movement of too much air over the loose tissue at the back of the throat, causing it to rattle. Usually accompanied by open mouth breathing it perpetuates the loss of CO2 and maintains the dysfunctional breathing pattern.  In many cases, teaching the patient to reduce the breathing rate and to sleep with closed mouth virtually eliminates the problem.

Sleep apnea is a little different in that it is in many cases caused by a disruption of the pH of the blood due to the decrease in CO2. This causes the blood to become too alkaline leading the brain to think that the body cells are in danger of dying (which they are). The brain’s response to this is to suppress breathing for sufficient time for the CO2 level to rise, for more carbonic acid to be produced to buffer the blood and remove the danger to the cells. Once this has been achieved the signal to breathe is again given.

However, in the case of sleep apnea the ensuing breath is a large gasp and this lowers the CO2 levels again to danger point. This is why sleep apnea is characterised by a pause-gasp cycle which can occur up to 20–50 times an hour. In most cases this can be controlled by restoring CO2 levels to normal, ensuring that the pH integrity is maintained and the need to stop breathing is then removed.

Restoring nasal breathing as the norm

The good news is that it is possible to reverse this situation and re-create functional breathing. This requires several steps which begin with identifying the cause of the original problem.

Unless this is done, and the habit modified, relapse is a real fact of life. It is also necessary to address the breathing mechanics and dynamics so that the optimal levels of retained CO2 can be restored. The moment this happens the medullary response recognizes that retained CO2 levels have risen and starts to re-set the response to the appropriate level.  (Fig. 7)

Dr Derek Mahony is a Sydney-based specialist orthodontist who has spoken to thousands of practitioners about the benefits of interceptive orthodontic treatment. Early in his career, he learnt from leading clinicians the dramatic effect functional appliance therapy can afford patients in orthodontic treatment, and he has been combining the fixed and functional appliance approach ever since. His lectures are based on the positive impact such a combined treatment approach has had on his orthodontic results and the benefits this philosophy provides from a practice management viewpoint.

Roger Price is an internationally recognised Integrative Health Educator with more than 60 years of experience in various aspects of human health, growth and development.  For the past 20 years he has been working with Dentists and Orthodontists correcting the erroneous belief that the raft of chronic disease – caused by fractionated sleep and disturbed sleep cycles – are ‘Sleep Disorders”.  This is, in the vast majority of cases, untrue.  People do not wake because they can’t ‘sleep’, it is because they can’t ‘breathe’.  He can be contacted at The Graduate School for Behavioral Health Sciences where he is the Director of Professional Services.