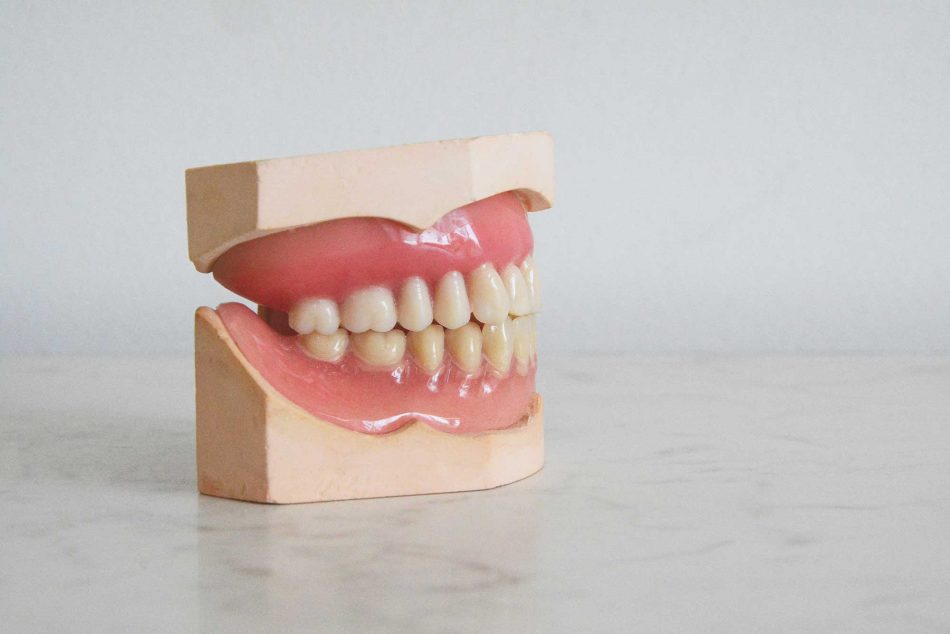 Rehabilitation by single complete removable denture: a  follow-up in a Tunisian clinical study

Due to the diversity and complexity of the clinical  situations, it is a challenge to the dentist and to the patient who comes with many complaints.

Materials and methods: The complaints of patients with a SCRD were  analyzed through a clinical and statistical study carried out in the removable denture  department at the Dental clinic of Monastir, Tunisia.

Results: The studied population comprises 34 patients. The majority of  complaints were about prosthetic instability followed by pain and discomfort.

Conclusion: a thorough pre-prosthetic analysis and diagnostics is essential to avoid the many  pitfalls of the complete unimaxillary denture and ensure the stability of the prosthetic appliance on the edentulous arch.

The prosthetic rehabilitation of an unimaxillary arch is considered as a complex  reconstruction that must be perfectly controlled by the practitioner to ensure the  prosthetic durability and the occlusal comfort of the patient. The success in SCRD is dependent on the initial analysis and preparation of the  opposing arch in order to obtain a successful denture.

However, many patients  express complaints about their prostheses. Therefore, we propose to study these  complaints through a clinical study carried out in the department of complete  removable denture at the Dental clinic of Monastir, Tunisia among the edentulous  patients rehabilitated by SCRD either maxillary or mandibular.

The objective of this work was to analyze the complaints of the wearers of the  complete unimaxillary prosthesis in order to determine their natures and to  uncover the possible etiologies.

This study was carried out at the dental clinic of Monastir for two months (July-August, 2020). 34 edentulous patients who received the treatment in the removable denture department by full maxillary denture and came back to consult with complaints. This study included all patients of all ages who have benefited from a SCRD and  who consult for complaints.

Patients with bi-maxillary complete removable denture and implant stabilized prostheses were excluded. The data collection was conducted by a resident under the supervision of a  removable prosthetics teacher through a questionnaire designed for the purpose of the study and divided into two parts:

• The first part was about the patient’s socio-demographic data, his chief  complaints and some prosthetic characteristics

• The second part of the questionnaire was reserved for clinical  observations made by the dentist in order to analyze the edentulous  arch, the condition of the osteomucosal surface, and to evaluate the  quality of the prostheses in terms of stability, retention, aesthetics, occlusion and phonation.

The data were entered as a multiparametric database using the 2007  Excel table. The descriptive and analytical statistical study was  conducted using the IBM-SPSS software version 23.0.

The significance threshold was set for a value of p 0.05.

The socio-demographic characteristics of the sample were grouped in Table

For the analytical results, a significant correlation was found between the  Sangiuolo classification at the maxillary arch and the static instability expressed  by the patient with a p = 0.012.

Also a dependency relationship was found between the patient’s age and the  denture base fracture with a p=0.03.

The average age in our study sample is 63.3 which is similar to the studies of  Bilhan coll and Gueye M with an average age of 64.1 years. [6] [3] 44.1% of the study population had general diseases, the most declared of which  is diabetes. According to Frank (1998) dissatisfaction with removable prostheses  increases in patients with poorer health. [7]

This sample consists of 20 maxillary prostheses and 14 complete mandibular  prostheses. The high number of maxillary dentures is explained by the notion of  delayed loss of mandibular teeth compared to the maxillary ones. Moreover,  practitioners are often aware of the difficulty of ensuring the balance of a  complete mandibular prosthesis due to the reduced bearing area. So they are  more conservative on the mandibular.

The majority of patients express their complaints after a period of wearing the prosthesis for more than a year which is correlated with the results of Gueye M  including 68 prostheses that date back more than a year.

Stability presents the resistance to displacement under horizontal and rotational  stress. It depends on the quality of adaptation of the denture to the prosthetic support structures  in the horizontal and vertical planes. [8] [9]

Instability can be also caused during function, for this is essential to control  occlusal relations during propulsion and lateral movement according to balanced  occlusal concept with a stable prosthesis on these supports [10] Balanced occlusion in excursive movements will lead to prosthesis instability, loss of retention and disinsertion of the prosthesis. [11] [12]

Pain is the second complaint represented in this survey at the maxillary and  mandibular arch with a respective percentage of 55% and 43%. These values are  similar to some studies [6] [14].

Oral dryness is one of the risk factors of soft tissue pain and especially at the  mandibular arch. According to Inamochi Y (2019) 15% of patients claim  discomfort with maxillary prosthesis and 21% with mandibular prostheses. [15] These sensitivities are expressed as result of a functional discomfort related to the  prosthetic volume, «full mouth» sensation and prosthetic lip distension.  This discomfort is due to either a real over extension of the prosthetic limits or  from a significant modification of the prosthetic limits compared to the original  prostheses after a long service. [16]

Patients in our study consult after denture-base fractures or for detachment of prosthetic teeth. 5.4% of fractured teeth accrues after 2 to 5 years of service of the prosthesis. [14]  These alterations can be explained by different etiologies such as improper  handling during the prosthetic manufacturing procedures and their impact on the quality of  the prosthesis.

According to Licia M. (2019) prostheses made with poly methacrylate methyl  are more frail and need more thickness and width in order to avoid fractures then  those made with VALPLAST. The PMMA present a high rate of artificial teeth loss.[17] Koper believes that occlusal problems and fractures of the prosthesis observed  in the single complete prosthesis result of one or all of the following: occlusal stress on the maxillary prosthesis, underlying edentulous tissue, and accustomed muscles to opposing natural teeth, the  position of mandibular teeth which may not be properly aligned for the occlusal  bilateral balance concept needed for prosthetic stability. [18]

A relationship was found between the age and fracture of the prosthesis that may  be due to the cleaning techniques with unsuitable products such as abrasive  substances or even the fall of the device during its handling.

It is desirable that this clinical study should be multicentric given that the  psychological state of patients differ from one region to another. Especially when those complaints are subjective claims that are difficult to assess.

The SCRD is a delicate treatment for the practitioners who is facing anatomic and  physiological different obstacles. This causes many problems and bring back the patient  to consult for complaints.

In our study, instability is the most common complaint expressed by the patients followed  by pain.

Our role is to find the solution for complaints and motivate the patient  for rigorous hygiene of the osteo-mucous surface and the prosthesis. Also  control sessions must be programmed after the delivery of the denture.

In complete unimaxillary denture, the problem comes from the fact that the occlusal  pattern already exists at the level of the toothed arch and is seldom adapted to  the stabilization requirements of the combined removable prosthesis.

Evaluation of the Treatment Complexity with Single Complete Removable  Denture: A Cross-sectional Study in Tunisia. The Journal of Contemporary  Dental Practice (2019): 10.5005/jp-journals-10024-2621