Adhesion: Past, Present, and Future 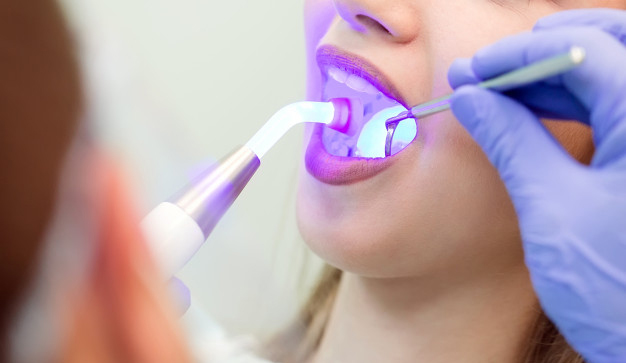 Bonding agents were tentatively introduced in the early 1970s. Since then, the evolution of adhesive techniques has transformed the scope of dental practice.

Arguably, the high impact of bonded, appearance-transforming dental restoratives has propelled the dental profession into its greatest prominence in history. In fact, most direct and indirect restorations are adhered to natural tooth structure rather than cemented or mechanically retained.

The widespread demand and universal use of dental adhesives has largely been a function of two factors: composite restorations are more esthetic than their precursors, and the adhesive margin is more clinically predictable than a non-bonded interface. The rapid and intensive development of better and easier dental adhesives has focused on simplifying the clinical procedure; decades ago, resin practitioners were faced with a veritable chemistry set of materials to mix and match, in very specific sequences, in order to develop a suitable micromechanical bond between the tooth and the restoration.

Adhesion, as defined by most current materials, is micromechanical attachment, not chemical bonding, to enamel and dentin.

Dentists were inundated by successive “generations” of adhesive materials in relatively rapid succession.

While there is no scientific basis for the term “generation” in dental adhesives, and the classification is to some extent arbitrary, it has served a very useful purpose in the organization of hundreds of commercially available products into a small number of more comprehensible and readily manageable categories.

Generational designations assist in classifying the specific adhesive chemistries involved. They are also very useful in predicting the strengths of the dentinal bond and the ease of clinical use. Generational classification benefits both dentist and patient by simplifying the clinician’s chairside tasks and workflow.

The last disruptive advance in adhesive generations (7th generation iBond) was introduced in 2002. Since then, many competitive and innovative bonding agents have been developed, ranging from 4th to 7th generation. The vast majority of these adhesives perform well, and can be used confidently, regardless of their generation; the only major trend is that higher generations offer fewer components, fewer steps, and better chairside predictability. (Fig. 1)

In order to best envisage the future of dental adhesives, it is essential to briefly outline their past evolution and their current state.

Bonding interface strength is a critical consideration in selecting an adhesive. Some of the basic parameters are conclusively established and well accepted. Munksgaard in 1985 and Retief in 1994 found that 17 MPa was the minimum required for successful adhesion to tooth structure.

If the bonding agent’s adhesive strength to dentin and enamel exceed the 17 MPa of polymerization contraction, the shrinkage of the composite is toward the walls of the cavity, (Fig. 3) and no marginal gaps develop, making marginal infiltration of bacteria and oral fluids far less likely, preventing redecay and eventual breakdown.

In the late 1970s, dentistry was just beginning to look at adhesive. In fact, there were serious debates as to whether adhesives actually improved longevity. The 1st generation adhesives were rather unsuccessful. Their bond strength to enamel was high (generally, all adhesive generations bond well to the microcrystalline structure of enamel); unfortunately, their dentinal adhesion was virtually non-existent, typically less than 2 MPa. In dental adhesion, it is the bond strength to the semi-organic dentin that is, by far, the greater concern. (Fig. 4)

“Bonding”, such as it was, was achieved through chelation to the calcium component of the dentin. Some tubular penetration did occur, but not enough to contribute to retention. Debonding at the dentinal interface was quite common within several months of placement.1 1st generation bonding agents were recommended for small, retentive Class III and Class V cavities.2 When these bonding agents were used for posterior occlusal restorations, post-operative sensitivity was common.3

Revolutionary 2-component primary/adhesive systems were introduced in the late 1980s. An innovative application process and significant clinical adhesive improvement (dentin bonding strength of 8-15 MPa), warranted their classification as 3rd generation adhesives. These advances diminished the need for cavity retention form. It is noteworthy that erosion, abrasion, and abfraction lesions were treatable with minimal tooth preparation, heralding the dawn of ultraconservative dentistry.

With posterior occlusal restorations, there was a noticeable decrease in post-operative sensitivity; this signaled the practical launch of esthetic, direct posterior restorations. These adhesives were the first generation that bonded not only to tooth structure, but (weakly) to dental metals and ceramics as well. However, the issue of longevity was still major problem: intraoral adhesive retention with 3rd generation bonding agents decreased significantly after three years. Interestingly, while patients reported significant levels of posterior post-operative sensitivity, their increasing demands for tooth-colored restorations pushed many dentists to begin providing routine posterior composite fillings.7,8,9

The early 1990s transformed dentistry, and predictable adhesion was largely responsible. 4th generation agents had a bond strength to dentin (17-25 MPa) that overcame the polymerization shrinkage that had bedeviled adhesive dentistry previously. For the first time, dentists had a predictable adhesive that could compete in longevity to traditional techniques, and most jumped at the opportunity. Esthetic and cosmetic dentistry can date their growth and continuing popularity to the adhesives from the 4th to 7th generations. (Fig. 5)

Post-operative sensitivity for posterior teeth was still an issue (at 30%+), but it was finally manageable enough that it encouraged many dentists to switch from amalgam to direct posterior composite fillings. 4th generation adhesion is characterized by hybridization at the dentin-composite interface.  Hybridization involves resin replacing hydroxyapatite and water in the surface dentin. The resin and the remaining collagen fibers constitute the hybrid layer. Hybridization occurs in both the dentinal tubules and the intratubular dentin, dramatically improving bond strength to dentin. 13-16 Total etching and moist dentin bonding, concepts developed by Fusayama and Nakabayashi in Japan in the 1980s, introduced to North America and popularized by Gwinnett and Bertolotti are the innovative hallmarks of the 4th generation adhesives.17,18

The products in this generation have 3 or more components. (Fig. 6) One is the etch (typically 37% orthophosphoric acid). The other two or more ingredients must be mixed and applied, in very precise ratios and sequences; this is easy at the bench, but rather more complicated chairside. The number of precise ratios and mixing steps tend to confuse the process, increasing the likelihood of technique sensitivity, thereby reducing actual bonding strength.

Within 5 years, in the mid 1990s, the highly popular 5th generation dental adhesives were introduced. Their major advance was that they had only 2 components: the etch and a pre-mixed adhesive. (Fig. 7) Etching is still required but there is no mixing, and thus, less possibility for error. The bond strength to dentin is 20-25+ MPa; not as high as the 4th generation, but not as variable either.

These adhesives are indicated for all dental procedures (except self-curing resin cements and composites). They adhere well to enamel, dentin, ceramics and metal, and post-operative sensitivity is significantly reduced.

Dental procedures tend to be both stressful and technique sensitive.  5th generation bonding agents are very easy to use and predictable, reducing the strain on dentist, staff and patient. The adhesive is applied directly onto the prepared tooth surface and polymerized.

There were extensive efforts to eliminate the separate etching step, culminating in the introduction of 6th generation adhesives in 2000. These bonding agents have a dentin-conditioning (surface etching) liquid incorporated into one of their components. The acid treatment of the dentin is self-limiting, and the etch by-products are permanently incorporated into the dental-restorative interface. No rinsing is required. There is virtually no post-operative sensitivity.

Some of the early 6th generation adhesives bonded well to dentin, but the unetched, unprepared enamel bond interface was prone to early failure. These issues have been addressed with the current 6th generation products that are on the market.

These adhesives are characterized by the absence of a separate etch component. (Fig. 8) There are typically 2 (sometimes more) components that must be mixed prior to use or applied in a specific sequence; either protocol can cause some confusion.

No-mix 7th generation adhesives self-etch and self-prime and self-bond to streamline procedures with no technique sensitivity and no post-operative sensitivity; they represent the most advanced formulation of dentinal adhesives available.

7th generation adhesives are predictable one-step, one-bottle systems for the complete etching and bonding of all enamel and dentin surfaces with no rinsing. Excellent dentin bonding (18-35 MPa) and similar micromechanical adhesion strength to both prepared and unprepared enamel allow effective use for direct and indirect composite.

“Moist” bonding is not required! 7th generation adhesives are insensitive to the amount of residual moisture (not contaminating saliva) or dryness on the surface of the preparation. The acid-base reaction of the 7th generation creates its own moisture at the restorative interface. The bond strength to both dentin and enamel are essentially the same, regardless of the moisture or lack of moisture on the prepared surfaces.

There has been no quantum leap advance in adhesion technology in more than 17 years! The simple reason is that adhesives are so predictable and effective that there has been little incentive to support research and development. The existing adhesives are well-known, universally accepted, and represent a very sizable market worldwide.

Some manufacturers have claimed to introduce 8th generation adhesives, but on closer inspection, they turn out to be earlier generation adhesives reconfigured for marketing purposes. By consulting the Adhesive Classification Table (Fig. 10), it is easy to assign every existing adhesive to one of the 4 generations from 4th to 7th.

Given the trends described above, it can be readily seen that each “generation” has simplified the adhesion process significantly: fewer components, fewer steps, less chairside time, easier use, and better predictability. How can a single-component, single-step, total-comfort process be improved upon? The answer is as simple as it is difficult to develop: zero-step adhesives. (Fig. 11)

The only possible evolution is to eliminate the remaining component and single step entirely. The 8th generation adhesive will have no bottle and no components, at least as a distinct, separate, clinical step. The adhesive will be incorporated into the restorative material. As the practitioner inserts the restorative composite resin, the contained adhesive will etch, prime, and bond both the dentin and enamel surfaces, requiring only polymerization to finalize the restoration.

Far-fetched? These chemistries are already available to the dental profession: self-etching, self-priming, and self-bonding 1-step resin cements and post-and-core composites. The next major evolution of dental adhesives, the 8th generation, will see the elimination of this treatment process as a separate step. The only task that remains is to incorporate these 8th generation adhesives into direct restorative materials. It is only a matter of time….