How CBCT is becoming an essential tool in decision making 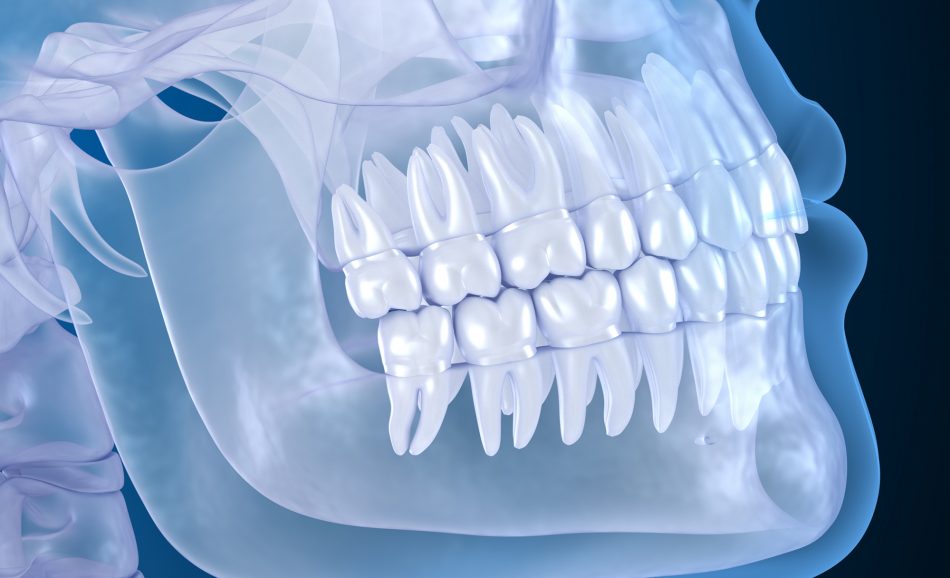 Coronectomy has been proposed as a valid treatment option to reduce the risk of inferior alveolar nerve (IAN) injury in selected cases. It is increasingly becoming the standard of care to assess its applicability during the development of the treatment plan and to explain the advantages and disadvantages during the consultation4,5.

The technique of coronectomy as described by Pogrel6, where the tooth is sectioned at the CEJ is being used more widely within the profession since then. The modified coronectomy is a variation of the technique where the crown is sectioned at or below the furcation with further reduction of the height of the roots. This aims to allow a good skirt of alveolar bone around the roots and the advancement of the buccal flap to achieve primary closure for good postoperative bone and soft tissue healing.

This paper supports the routine use of CBCT as a preoperative decision-making tool for the removal of lower third molars to prevent IAN nerve injuries. The traditional state of the art imaging, orthopantomogram (OPG), may be sufficient in most cases, however CBCT is essential, when one or more signs of close contact between the tooth and mandibular canal are seen on standard panoramic radiography.

Imaging investigation is undoubtably an essential protocol required to achieve proper diagnosis and to executing treatment plan. The traditional method and state of art is panoramic imaging. There are some limitations of this two-dimensional imaging which lacks in high diagnostic accuracies when it comes to assessment of the risk in surgical extractions of lower third molars.  Extractions of lower third molars carry risk to the inferior alveolar nerve (IAN), varying from 0.42% to 7.8%. Risk varies between the operating skills of individuals. The cost of medicolegal litigation settlement in these cases have been sky rocketing1,2.

This paper presents and highlights the shortcoming of panoramic imaging and elaborates the importance of cone beam CT as an important tool in visualising the course of inferior alveolar nerve in relation to lower third molars. Nowadays the CBCT technology is available in most of the chairside clinics and clinical situation like this can get advantage in achieving proper diagnosis and executing appropriate treatment plan.

A 23-year-old girl presented to the oral and maxillofacial clinic referred by her general dental practitioner as an emergency. She had history of recurrent pain and discomfort associated with her lower wisdom teeth.  The dentist attempted to remove her lower right wisdom tooth (RL8) under local anaesthetic to alleviate pain but was not able to anaesthetise and decided to refer her to a maxillofacial surgeon.

She was fit and well and a regular visitor to her dentist. During the consultation visit, the patient described having pain on the right lower side. Clinical examination revealed that RL8 was partially erupted showing mild pericoronitis with soft tissue lacerations, suggesting a recent attempted extraction. LL8 was impacted, UR8 was buccally inclined and UL8 partially erupted and buccally inclined and traumatising cheek mucosa.

An orthopantomogram (OPG) revealed RL8 and LL8 were mesioangularly impacted and their roots were crossing both upper and lower white lines of the inferior alveolar canal (IAC). LL8 roots showed darkening of root at the level of IAC (Fig 1).

It was decided to request a Cone Beam CT to substantiate findings of the routine OPG in relation to the IAN.

RL8: IAC was seen running between the buccal root which was hooked mesially and lingual roots at its apex, vulnerable to surgical injury (Fig 3).

On discussion with the patient, keeping in mind the clinical and CBCT findings, the option of coronectomy was suggested for LL8 and RL8. If roots become loose during the procedure, then complete removal. The patient consented to have her wisdom teeth removed and coronectomies for the lower wisdom teeth under general anaesthesia.

A standard coronectomy technique for removal of RL8 tooth was carried out. Lingual periosteum was not reflected to avoid lingual nerve injury. Following sectioning and trimming of the tooth until the cemento-enamel junction (CEJ), there was insufficient soft tissue to achieve primary closure of the socket.

To achieve good primary closure, it was decided to modify the procedure and trim the roots up to the furcation to ensure a sound collar of alveolar bone and advance the buccal flap. This modification helped significantly during primary closure of the socket. LL8 tooth was removed completely as the roots became loose as well as UR8 and LU8. The post-operative phase was uneventful, and she recovered well (Fig 4).

Radiographic examination precedes and contributes to the treatment planning and decision making of removal of lower wisdom teeth and aims to reduce post-operative complications.  OPG will often be the first gold standard imaging method of choice for evaluation of mandibular third molars.

An OPG finding undoubtably provides valuable information about state of impaction, tooth position, morphology of roots and most importantly the relation between tooth/roots and the mandibular canal3,4,5.

a. darkening of roots

b. deflection of roots

are a reliable way to assess the relationship between third molars and the mandibular canal. From the above seven signs, interruption of radio-opaque white lines of the canal, diversion of canal and darkening of the roots are the most valid to predict a close contact which guides the clinician to investigate the relation further by requesting a CBCT8.In recent years, coronectomy has been put forward as a valid treatment modality where the risk of injury to IAN is imminent. The technique is gaining popularity worldwide but still remains controversial.

The population of this study was specialist oral and maxillofacial surgeons. Another study by Baqain et al10 reported use of CBCT provides a better understanding of the anatomic relationship between IAN and roots of lower third molars. However, they found that for experienced surgeons dealing with impacted lower wisdom teeth with evidence of proximity to IAC, an OPG alone could decide on the treatment modality without CBCT. This is contradictory to our presentation. The case presented was successfully managed by a modified coronectomy and achieved good primary closure and subsequent healing.

This case also raises the limitation of the traditional method of imaging with an OPG and shows the importance of CBCT in deciding on the treatment plan. The patient initially visited her dentist in pain with the RL8 and the dentist attempted to remove the tooth to alleviate pain based only on her OPG finding which showed the root apex crossing the upper white line of IAC. Only after referring to a specialist, where CBCT revealed the course of IAC running between the roots of RL8, was the risk of nerve injury avoided.

It is becoming the standard of care for both general dentists interested in removal of third molar, as well as oral and maxillofacial surgeons, to request and assess a CBCT where the proximity of the roots to the IAN is in question. Coronectomy offers a safe alternative where extraction of lower third molars has an established high risk of IAN injury. The evidence that is emerging so far is quite encouraging and in general shows good outcomes.

Two lessons to be learnt from this case are:

1. If the dentist had removed the tooth without the CBCT finding, IAN injury was highly likely.

2. A modified coronectomy is sometimes required to achieve primary closure and avoid a gap in the wound and post op healing issues.

1. Matzen L, Wenzel A. Efficacy of CBCT for assessment of impacted third molars: a review-based on hierarchical model of evidence Dentomaxillofacial Radiology 2015; 44: 20140189.